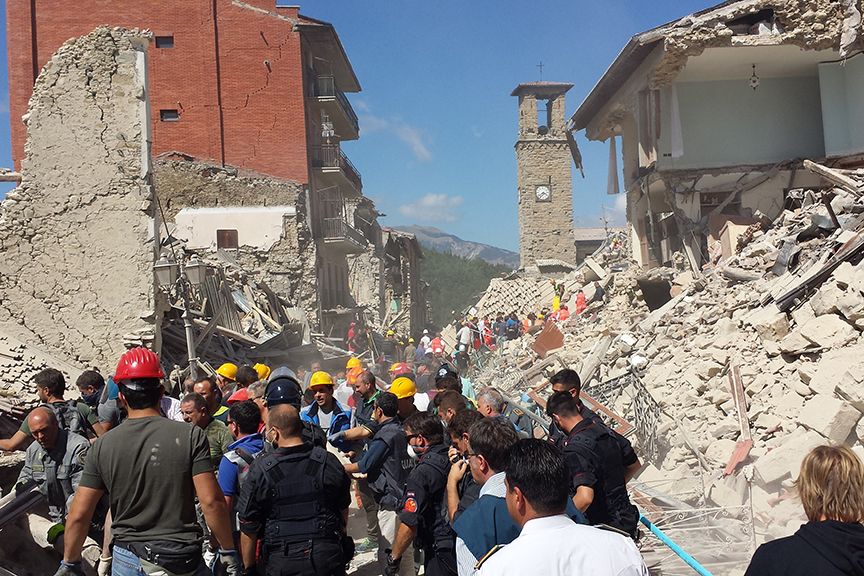 In response to the devastating 6.2 magnitude earthquake that occurred in Central Italy on August 24, 2016, the Italy-America Chamber of Commerce Texas is collecting funds for aid and recovery efforts.

Please use the PayPal donate button below to donate now.

All monies raised will be donated to Italian government-sanctioned relief and recovery. And all donors will be updated on the amounts raised and the way those funds are to be used.

According to a report published by the New York Times, the first seismic activity was followed by “about 40 quakes over the next three hours, including a 5.5-magnitude temblor at 4:33 a.m.”

According to a statement by the mayor of Amatrice, half of the town was destroyed and the historic center was completely wiped away (New York Times).

As of this posting, the earthquakes have claimed the lives of at more than 250 persons.

The death toll is expected to rise. The 2009 earthquake that occurred in Abruzzo took the lives of more than 300 persons.